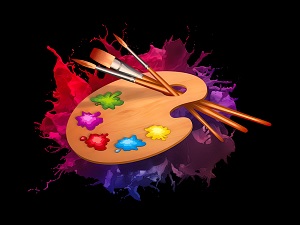 MS Paint has had a long and interesting history. It is one of the oldest apps bundled with Windows and has been present for literally decades. Microsoft made plans to retire Paint and replace it with Paint 3D. When the company actually began moving toward retiring Paint they faced an unexpected uproar from their massive user base. It seems that the company sorely underestimated the application’s popularity.

In the face of the user revolt the company decided to keep the app andgive it a long overdue upgrade. If ever an application needed one that application would be Paint because the code has remained essentially unchanged since 2009.

The latest iteration of Paint is not yet available for download but Microsoft is planning to incorporate the redesign into Windows 11. The new version will feature a Dark Mode. The company is updating its available brush assortment and text tools. That begins to take steps to modernize the venerable app.

The upgrades are welcome indeed. Microsoft stopped well short of transforming Paint into a full-fledged photo editing app though. The new version doesn’t offer layers or any advanced effects tools. So it still lags far behind other readily available image editing options including a few entirely web-based options.

Even though it doesn’t have many features Paint is one of the most popular casual meme making and doodling apps in existence. Microsoft was absolutely correct in its decision to stay the program’s execution.

Kudos to Microsoft for showing the ancient app some love and giving it a few long overdue updates. Any improvements at all are sure to be appreciated by Paint’s die hard user base. If you haven’t dusted off Paint in a while fire it up and play with it. It’s surprisingly addictive.