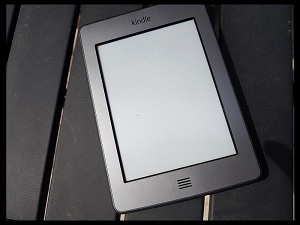 Do you own an older Amazon Kindle? Older Kindles utilize 3G internet connectivity protocols but mobile carriers are currently racing to upgrade their networks to 4G/5G.

Older devices that only have a 3G connection option will be frozen out of the internet entirely once the upgrade is complete. Amazon has been emailing owners of older Kindles to keep them in the loop. According to the company, the clock is ticking and owners of Older Kindles will be shut out by December of this year (2021).

If there is a silver lining to be found in the company’s recent announcement it lies in the fact that you’ll still be able to download your ebooks onto your PC and connect your Kindle to the PC via USB cable. Doing so will enable you to keep your ebook collection up to date and extend the life of your old Kindle.

Note that this applies to more than just the first and second generation Kindle.

According to a blog post made by Amazon, the following products are also impacted:

Note that some of the products in the list above do have WiFi connectivity as an option. In those cases. users will be able to use that but will no longer be able to connect via 3G. The first and second generation Kindle and the Kindle DX have no WiFi option and will be shut out entirely except for the possibility of wired transfers as described above.

It’s unfortunate but that is often the way of things when technology advances. When the Kindle was first released no one gave much though to how networks might change in the future. If you own an older Kindle it may be time to consider an upgrade.