PC Prices Set To Rise Due To Supply Issues 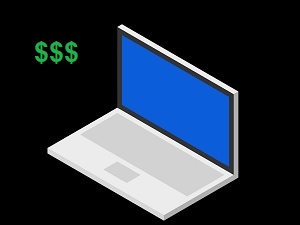 With the world beginning to round the corner where the pandemic is concerned, life is slowly, in fits and starts, beginning to return to normal. As that happens, demand is surging everywhere, but supplies are still lagging. You’ve probably seen this in the form of higher gas prices and higher prices on basic food items, with chicken being notable. Of course, we can also expect to see higher prices in the PC market.

Not only is there a worldwide chip shortage, but major PC manufacturers are reporting shortages in a raft of other components as well, which will inevitably lead to higher consumer prices. In fact, several major PC manufacturers, including Dell, Lenovo, and HP, have already outright stated that they’ll be passing their increased costs on to consumers in the months ahead.

Of interest, this news has not dented PC demand in the least, which remains strong, though the landscape is shifting. In the early days of the pandemic, when tens of millions of people around the world began working from home, laptop sales surged.

Predictably, that has caused laptop prices to rise steadily over the last several months, and in response to that, users have begun gravitating back to desktops. Unfortunately, the prices of desktops are rising steadily as well, because at the end of the day, they all rely on the same basic set of components. So the shortages are impacting the whole of the market.

There are still a few scattered deals to be found, but they’re getting increasingly rare. The bottom line is whether you’re in the market for a new laptop or PC for home use, or you’re interested in acquiring new equipment for use in the office as some employees leave their makeshift home offices, you’ll almost certainly pay more.