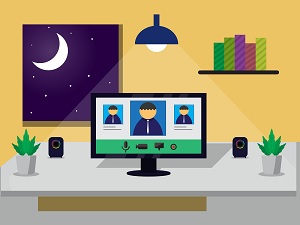 There’s a mix of bad news and good in the ongoing war against the hackers of the world.

For the bad news, security professionals have recently detected a sophisticated phishing campaign that makes use of SendGrid and convincing replicas of Outlook on the Web and Office 365 logins to harvest credentials.

The attack works like this: SendGrid is a trusted SMTP provider, so by sending their emails through this channel, it’s more likely that those messages will reach their intended targets and not be blocked by built in email security protocols.

The emails the group is sending are typically Zoom invitations, though invariably, once a user clicks on the link, they’re forced to jump through a few hoops and end up at a convincing login page for Outlook on the Web or Office 365. These pages are fake, of course, and any user who attempts to log in is merely handing their login credentials over to the hackers, who have collected an estimated 400,000 user names and passwords using this technique.

From there, the sky’s the limit. Armed with working user name and password combinations, the hackers behind the phishing campaign can log into a user’s account and use that as a springboard to inject malicious code onto a target’s system with pretty much any payload that the hackers desire.

The group behind all of this has been dubbed “Compact,” and it’s clear by the design of the attack that they are a technically sophisticated bunch. Having said that, there is some good news to report as well. As tech savvy as the attackers are, they made a mistake and misconfigured an exfiltration script. It has allowed security researchers to download multiple copies of the exfiltration code, revealing a tremendous number of details about the group’s inner workings.

It’s likely to provide a short term victory for security professionals around the world, as they’ll likely be able to shut down large swaths of Compact’s operation. However, the group will no doubt learn from their mistake and after going away for a time to lick their wounds, they’ll no doubt be back, and more dangerous than ever.