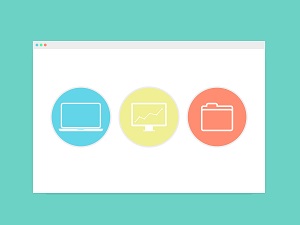 Google is unquestionably the dominant search engine on the web, but how secure is their position?

If recent trends are any indication, they’re in no immediate danger.

However, it’s clear that pressures are mounting on the search giant, and some of the company’s competitors are enjoying rampant growth.

The privacy-oriented search engine DuckDuckGo is leading the charge here, enjoying a massive 62 percent surge in growth over the past 12 months. The total number of searches on its engine passed 100 million in January, 2021.

To be fair, when you’re tiny compared to the competition, it’s easy to boast impressive numbers like that. If the trend holds in the medium to longer term, the tiny search engine with the funny sounding name could become a significant player on the web.

DuckDuckGo uses its own bot to crawl the web, and maintains a strategic partnership with Microsoft’s Bing. Of particular interest, it does not use any data from Google, which has in recent months come under fire from various privacy advocacy groups around the world.

As impressive as DuckDuckGo’s recent growth has been, these numbers can be put in perspective. It’s important to remember that as of now, Google commands a staggering 94 percent of the search market share in the US, with DuckDuckGo coming in a distant second at 2.25 percent, and Yahoo in third place with 1.94 percent.

All that to say, the company deserves recognition for its impressive growth. At the same time though, given the market share numbers, it would be wildly premature to pronounce Google dead as the King of Search, or even at serious risk of being dethroned.

Nonetheless, if you’re concerned about privacy, DuckDuckGo is an attractive alternative to consider. Unlike all the other major search engines, each time you conduct a search using DuckDuckGo, you are essentially a blank slate. The company doesn’t track your search history in any way. If that’s important to you, give them a try.