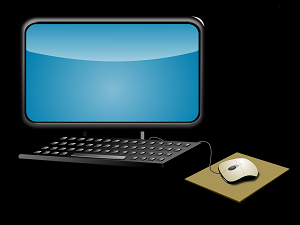 One year ago, Microsoft officially ended support for the venerable Windows 7 operating system.

No new security patches have been issued, which means that anyone running a Windows 7 machine at this point is taking a tremendous security risk. That is especially true if that machine is connected to a corporate network.

It would be all too easy for even a moderately talented hacker to take control of that system and then snoop around significant portion of the corporate network it was attached to.

That thought is scary by itself, but when you stop to consider that today, even a year after Microsoft ended support for the OS, there are still more than a hundred million Windows 7 machines in use. Considering that, it moves to something well beyond terrifying.

That’s a lot of PCs, and you can be sure that the people who own them all have perfectly reasonable sounding reasons for hesitating to upgrade. It’s too expensive. The current system is working just fine. We’re running a legacy piece of software that’s not compatible with Windows 10, and so on.

As reasonable as all of that sounds though, at some point, the risk simply becomes too great. The number of PCs still running Windows 7 has been shrinking steadily this year, but it’s clear that the people who are still clinging to the old OS are highly resistant to the notion of migrating away from it. Unfortunately, that stubborn insistence comes at a potentially terrible cost.

If there’s one thing you can count on where hackers are concerned, its that they’ll always attack the low hanging fruit first, and it doesn’t get any easier than breaking into a Windows 7 machine. If that machine is connected to critically important servers on your company’s network, you’re essentially leaving the door unlocked and posting a large neon sign above it inviting the hackers inside. You might get away with that for a while, but sooner or later–and probably sooner–someone’s going to accept your invitation.

All that to say, if you’re still using Windows 7, it’s probably past time to start making plans for an upgrade.