Hacked Networks And Credentials Being Sold At Alarming Rates 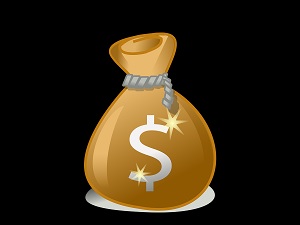 Selling network access is big business on underground hacking websites. Even worse, the business is growing at an alarming rate, according to a report recently published by cyber security firm KELA.

According to their report, the number of ads found on hacking forums advertising ‘Network Access’ tripled between August and September, 2020.

The value of the login credentials sold during the most recent month was valued at more than half a million dollars.

Ads like these have been a staple of hacking forums for years, but they gained a tremendous amount of popularity in mid 2019, when a number of vulnerabilities in major networks around the world were disclosed.

Hackers around the world were quick to pounce, often attacking vulnerable networks. Once a network had been breached, the next logical step from the perspective of the hackers, was to figure out how to monetize the access they had gained.

That, of course, led to a surge in ads, which allowed hackers who lacked the ‘street cred’ and reputation in the cloistered hacking community increased access to compromised systems around the world. This, in turn, led to yet more attacks against vulnerable systems, which is at least part of the reason we’re seeing so many attacks today.

The price a hacker can get for access to a compromised network obviously varies from one to the next. KELA found some network access being sold for as little as $25. At the top end, access to a major network with a global footprint can go for more than $100,000, with the average being just shy of $5000.

This is why hackers do what they do. There’s big money, not just in accessing your data, but also in selling future access to it. Stay vigilant, this is a problem that’s not going to go away.