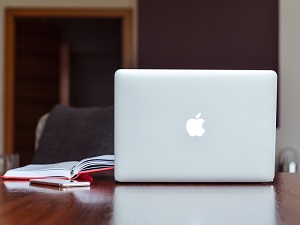 Apple has been historically very good at keeping malware out of their app store, and they’re constantly improving their security protocols on that front. In fact, since February of this year (2020), all Mac software distributed outside of its Mac App Store must be notarized by Apple. The developers must demonstrate that their products are capable of running on macOS Catalina and above.

Any software developed for macOS goes through a multi-stage approval process, with the first step being automated. It is designed to scan software for code-signing issues and malicious components. Assuming the submitted code passes through this security checkpoint, the apps are put on the macOS Gatekeeper list. The list signifies that they’ve been scanned and it has been determined that they don’t pose a security risk.

While this process was designed to give users greater peace of mind, it’s not bullet proof, as Peter Dantini recently discovered. He found notarized Shlayer adware installers that were being distributed through a variety of fake websites. These installers could run on any machine using macOS Catalina without being auto-blocked when they tried to launch.

The worst part about this is the fact that since these installers bear Apple’s “seal of approval,” users are bound to trust them without question, which means that the malware developers’ payloads can spread like wildfire through the Apple ecosystem.

Legendary security researcher Patrick Wardle confirmed all of the above and reported it to Apple direct. Apple tends to take reports from Mr. Wardle seriously, and the company responded immediately by revoking those certificates. That means that any installation attempts will be auto-blocked by Gatekeeper.

Unfortunately, it appears that the Shlayer campaign is still ongoing, the hackers having simply shifted gears and are now serving new payloads, notarized on the same day that Apple revoked the initial sample’s certificates.

“Both the old and ‘new’ payload(s) appears to be nearly identical, containing ‘OSX.Shlayer’ packaged with the Bundlore adware. However the attackers’ ability to agilely continue their attack (with other notarized payloads) is noteworthy.

Indeed. Best of luck to Apple, and if you’re a mac user, stay safe out there.