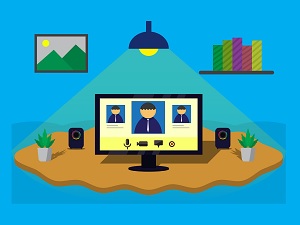 Tens of millions of workers have been forced to work from home as the COVID-19 virus rampages around the globe. That has naturally increased reliance on internet connectivity and disrupted a number of longstanding, well-established working routines. Some of the changes have been for the better, including not having to fight traffic during the daily commute, for example.

However, other changes have made it difficult to work effectively and efficiently. Until recently, no one has been able to study or precisely measure how those changes are impacting the legions of people currently working from home.

That is beginning to change. Recently a California-based tech firm called Fluxon published the results of a survey they conducted to get a better handle on how work behaviors have changed with so many people now working remotely. The results of the survey contain a number of surprises.

Here’s a quick overview of the company’s findings:

Other issues included things like unproductive meetings, difficulty stopping or stepping away from work, insufficient workspace, and colleagues contacting workers outside of normal business hours. In addition to that, fully a third of survey respondents said they felt less disciplined and efficient since working from home.

The survey results are fascinating and clearly illuminate the challenges, opportunities and areas where working from home can be improved. Wise is the manager who takes these statistics to heart and uses them to make incremental improvements.