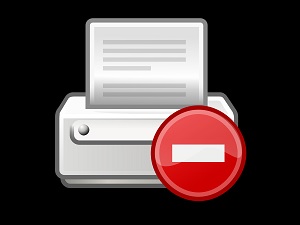 Microsoft hasn’t had great luck with its Windows 10 updates in recent months. Often, in their quest to improve the OS in one area, they inadvertently break something else.

The company’s June 9th update is a classic case in point. On installing the update, a small number of Windows 10 users began experiencing issues with printing.

This lead to the company taking the somewhat unusual step of issuing an out-of-band patch to address the matter.

The company recently announced the optional patch via the following tweet:

“An out-of-band optional update is now available for the following versions of Windows 10 on the Microsoft Update Catalog to address a known issue in which certain printers may be unable to print after installing updates released on June 9, 2020.”

A subsequent tweet recommended the update for Windows 10 versions 1909, 1903, 1809, and 1803, if machines running those versions are experiencing difficulty printing.

Although this is very good news, the patch offers no help for users running older versions of Windows 10. Some of them are also experiencing trouble printing. Not to worry, Microsoft also announced that they’re working on an additional out-of-band patch for those using other affected versions of Windows. So if you’ve been having trouble getting your printer to work with your OS after you installed a security update, help is on the way.

This is far from a perfect solution, as the June 9th update provided a number of important security fixes, but some users may consider it a worthy short-term trade off. If you go that route, proceed with caution!