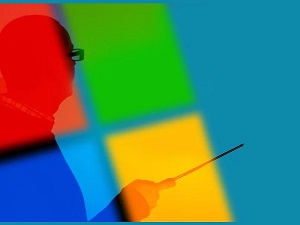 Microsoft Edge has been changed and improved many times. It is now Chromium-based, and is one important step closer to widespread release. At present, the new browser is available to Windows 10 Insiders in the “Release Preview” ring. It will remain there for at least a few weeks for testing. Assuming no major problems are revealed, it will be delivered to all Windows 10 users via the next update in the cycle.

Note that when the new Microsoft Edge is installed, it will delete the version of the software currently on your machine. This may be problematic for some users.

Unfortunately, there’s no easy way to prevent Windows from installing the new version of Edge. It is possible, but to do so, you’ll need to wade into the Registry.

If you are confident in your technical abilities, here’s what to do:

In particular, you’re’ looking for: ‘HKEY_LOCAL_MACHINESOFTWAREMicrosoftEdgeUpdate’

Here, you’ll find a ‘DoNotUpdateToEdgeWithChromium’ key. Set the value here to 1 and you’ll prevent the update. The standard warning and proviso applies though. Even experienced IT professionals often balk at manually tweaking the registry, so proceed with much caution.

At this point, it seems clear that Microsoft isn’t interested in even trying to win the browser war. That ship has sailed, and we don’t think that’s really the point of yet another Microsoft browser overhaul. It seems far more likely that this is about legacy.

Microsoft can’t afford to abandon their browser because a number of their Enterprise clients have built websites around Internet Explorer. Edge was designed to be backward compatible with Explorer. The new Chromium Edge will continue that tradition while modernizing the browser, at least keeping it somewhat competitive.

While we understand all of that, it is increasingly difficult to get excited about yet another Edge/Explorer reboot. Here’s hoping this will be the last one needed for some time to come.