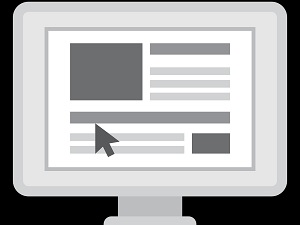 The tech giant Microsoft has seen enormous success in a variety of markets, but it never could make a dent in Google’s dominance in the browser market.

As of January 15th, 2020, it appears that the company has given up trying.

The old Microsoft Edge is being retired in preference for a new and improved Chromium-powered version of Edge. The new browser will by all outward appearances, be a Microsoft product. However, under the hood, the engine that drives the company’s new browser will essentially be Google’s Chrome.

The new and improved edge looks like a slightly bland and watered-down Google Chrome browser. The final beta, available right now, still has a few bells and whistles missing. It currently doesn’t have browser history for example, but the gaps will no doubt be closed in the coming weeks.

Ultimately though, it probably doesn’t matter. At this point, the browser battle lines are fairly stable. People have grown accustomed to the browser they’re currently using and may actually love it, whatever it might be. Introducing yet another variant of Edge into the equation is unlikely to change much. The only people who will use it extensively are a few enterprise users. Then, it will be used only if IT managers insist on it or build it into the browsing experience.

We’re not exactly sure why Microsoft is so insistent on pursuing this course of action as it doesn’t seem to offer them any real benefit. It increases Google’s stranglehold on the browser market. Perhaps the company has some long term plan in the works that requires Edge to play a pivotal role.

Time will tell, but in the meanwhile, if you’d like to give the new Chromium-powered Edge a try, you can get it from the Microsoft store.