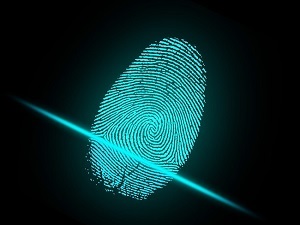 Do you own a Samsung Galaxy S10?  If so, one of the reasons you bought it may be because of its cutting-edge biometric technology. It utilizes ultrasounds to create a detailed 3D map of your fingerprint and thus, provides a greater level of security.

Earlier in the year, the company warned its customers against using tempered glass screen protectors with their phones.

This was due to the fact that those products tended to create a small gap of air when used on the phone that interfered with the creation of a good fingerprint map.

Now, it seems, a new problem has emerged.  A couple in the UK accidentally discovered that if an inexpensive silicone case was put on the phone, it interfered with the operation of the fingerprint scanner and allowed literally any fingerprint to unlock the phone. The couple did some experimentation on this front and worked with Samsung customer support to reach their conclusion.  Sure enough, when the silicone case was on the phone, the owner’s husband and sister could unlock it with their fingerprints, even though neither of their fingerprints had been registered on the phone.

For their part, Samsung has reported that they are opening an investigation into the matter. For now, they warn consumers to only use Samsung approved accessories with their Galaxy S10 and S10+ phones. That’s good advice, but here’s the danger:  If a hacker physically steals your phone, they may be able to unlock it and conduct financial transactions from it by doing nothing more than buying a cheap silicone case and slipping it on.

Needless to say, this is a potentially serious issue.  If you own a Samsung Galaxy S10 or S10+ you can experiment with it for yourself, but be prepared to be dismayed by the results and take care not to let your phone out of your sight until the company can find a way to resolve the issue.