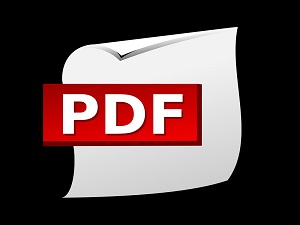 A team of six researchers from Ruhr-University Bouchum and Munster University, in Germany have discovered a critical flaw in the way that popular PDF viewers display data.

This makes it possible for an attacker to exfiltrate data from encrypted PDF files.

The researchers tested twenty-seven different desktop and web-based PDF viewer apps ranging from the ubiquitous Adobe Reader, to Foxit, and even the viewers built into both Chrome and Firefox. They found that every single one of them were vulnerable to the new attacks they engineered. The researchers developed two major lines of attacks with a few variants based on each type.

They had this to say about their findings:

“Our attacks allow the recovery of the entire plaintext of encrypted documents by using exfiltration channels, which are based on standard-compliant PDF properties…our evaluation shows that among 27 widely used PDF viewers, all of them are vulnerable to at least one of these attacks. These alarming results naturally raise the question of the root causes for practical decryption exfiltration attacks.  We identified two of them.

First, many data formats allow to encrypt only parts of the content.  This encryption flexibility is difficult to handle and allows an attacker to include their own content, which can lead to exfiltration channels.

Second, when it comes to encryption, AES-CBC–or encryption without integrity protection in general–is still widely supported.  Even the latest PDF 2.0 specification released in 2017 still relies on it.  This must be fixed in future PDF specifications.”

This is an alarming discovery although these attacks have not yet been seen in the wild. Now that the word is out, it’s just a matter of time.  Worse, there’s no fix on the horizon, which means that the PDFs you may be relying on to help keep your data secure, simply aren’t.