Windows 10 Will Get New Update Feature 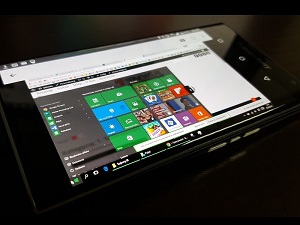 A small but significant update is coming in the next version of Windows 10, which should have the company’s massive user base breathing a sigh of relief.

The company is experimenting with a new feature that it can use to trigger automatic uninstalls of buggy updates. This happens in the background, so there’s nothing the user must do.

This is significant, given the recent trouble Microsoft has been having with its updates.  Unfortunately, the company made some radical changes to its testing procedures last year. Since that time, they’ve released several updates that have been problematic.  Most recently, a Windows 10 update wound up deleting user files for a small but vocal percentage of the company’s user base.

The company is working hard to improve their process. However, the fact that they’re even considering a feature like this (much less actively experimenting with it) is a clear signal that they’re not confident in their ability to release a clean, relatively problem-free update.

It should be noted that at present, the new experimental feature is only visible to Windows Insiders users and it is unclear when it will be released to the general public.  Odds are excellent, however, that it will happen soon.

Given the problems we outlined above, industry insiders generally regard this as a positive development.  Of course, the hope is that Microsoft will be able to avoid releasing a buggy update, but given the company’s recent track record, the inclusion of this feature is an excellent fallback position.

In any case, if you’re a member of the Windows Insider program, you may be able to see it in action now and in the weeks ahead.  If not, you’ll have to wait a while.