GPS Devices Could See Some Issues on April 6th 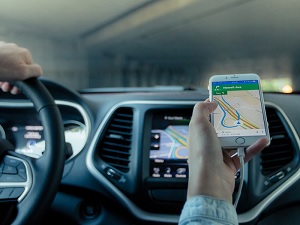 If you’re like most people, the GPS function on your smartphone has become the one feature you use and value more than any other.

Few people these days can even remember what life was like before the ascendency of GPS.  Paper maps?  Written directions? Those things seem as archaic in today’s world as a stone axe.

Unfortunately, your trusty GPS may go dark, malfunction, or experience difficulty starting on April 6th of this year (2019). The reasons are complicated, but in a nutshell, it amounts to GPS having the same kind of issue that some computers faced during the Y2K incident.  The system encodes the week number in a 10-bit field, which allows the week to be assigned a number ranging from 0 to 1023.  On week 1024, the system will revert back to week 0 and start again.

On the week of April 6th, that’s exactly what’s going to happen. It should be noted that most modern GPS receivers won’t be impacted by this, but there is a possibility that some older technology will interpret the rollover as the date suddenly shifting back to January 6th, 1980, or to some other incorrect date.  If and where that occurs, problems will begin to manifest.

In addition to the fact that impacted GPS systems will begin to report the incorrect date, but they’ll also begin to report incorrect locations.  This is because accurate timing is a critical component to determining precise location.  If the timing is off by so much as a nanosecond, it can change your location data by about a foot. Now imagine what the timing being off by several decades would do!

All that to say, if you rely heavily on your GPS, and you’re using older technology, be prepared for potential problems beginning the week of April 6th, 2019.