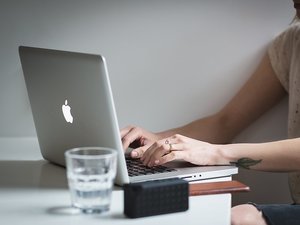 In recent months, hackers around the world have been finding new ways to invade people’s privacy, hijacking an increasing number of cameras and microphones attached to smartphones and PCs.  Apple is responding to the evolving threat by introducing a new layer of physical security to their latest MacBooks.

The company has created a custom security chip which introduces a means of physically disconnecting the PC’s built-in microphone any time the user closes the lid on the machine.

As the company explains:

“This disconnect is implemented in hardware alone, and therefore prevents any software, even with root or kernel privileges in macOS, and even the software on the T2 (security) chip, from engaging the microphone when the lid is closed.”

It’s a good move that helps at the margins, but it’s far from being a comprehensive solution.  After all, you’re still vulnerable while you’re working, reading, or watching something on your computer, but it is an undeniably good first step.

The new security chip does far more than merely serving as a means to disable the built-in microphone, however.  It provides a host of new security enhancements that, when combined with the macBook’s Touch ID system, makes the PC more secure than it ever has been.

On top of that, the T2 chip provides a number of non-security features as well, including:

In short then, it’s a good addition that’s destined to make an already great computer even better.  Unfortunately, it’s just a matter of time before the hackers figure out ways around most, if not all the new enhanced security features. Then the arms race will continue to its next phase.