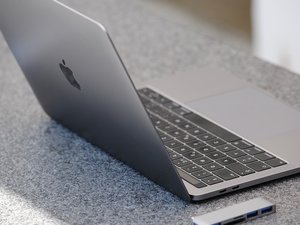 If you recently bought a 13-inch MacBook Pro (without a Touch Bar), you’ll want to head to Apple’s website.  The company didn’t make a big announcement, but they’ve quietly introduced a battery replacement program that impacted what the company described as a “limited number” of laptops.

The company didn’t provide many details, but apparently, on certain machines an unknown component failure can cause the built-in battery to swell.  There’s no danger of an explosion and no fire hazard associated with the failure, but the company is playing it safe and offering to replace the batteries on any affected laptop, free of charge.

According to details on Apple’s website, the laptops in question were manufactured between October 2016 and October 2017.  If you visit the webpage, you can enter your machine’s serial number to see if your machine is affected, and thus eligible for the free replacement.

At this time, it’s unclear precisely how many machines this issue has impacted. But clearly, Apple wants to put this issue to rest as quickly as possible.

Battery swelling is a strange symptom, but surprisingly, this is not the first time Apple products have suffered from similar issues.  Not long ago, Apple’s 42mm Smart Watches suffered a similar problem, prompting the company to issue a similar recall.  The company also recently extended their warranty on first-gen Apple Watch models by two years, offering free battery replacements for up to three years after the date of purchase.

These recent moves have caused iPhone owners to cry foul.  On the heels of the Apple “Throttling” drama last year, the company offered a discounted battery replacement program to help bring older iPhones with failing batteries back to full speed.  While Apple’s $29 discounted battery price is a significant savings over the regular price of $79, some users argue that the batteries should have been free for these products as well.